Over the next few months, Allison and I will be highlighting one of the jewels of the Lake County Forest Preserves: the Des Plaines River Trail and Greenway. We invite you to come along with us on this 31-mile journey, as we trek over miles and through seasons, exploring the natural niches and history around every bend in the river. We plan to hike the entire length of the trail in anticipation of its long-awaited completion. Preservation of this greenway has been a key priority since our agency’s founding in 1958. After 54 years in the making, construction has begun on the final section of this regional trail and is expected to conclude this fall. The Des Plaines River Trail and Greenway spans nearly the entire length of Lake County, Illinois for 31 miles as it winds through 12 forest preserves. It is a great trail for hiking, bicycling, cross-country skiing, horseback riding and snowmobiling (within a designated section).

We began our adventure at the trail’s northern terminus near the Wisconsin state line and headed south. Look for the “Van Patten Woods Horse Trailer Parking” sign on Russell Road, east of Route 41 in Wadsworth, Illinois. Even we—seasoned employees—had a little trouble finding our way to the trailhead, which is located at the secondary entrance to Van Patten Woods Forest Preserve. Van Patten Woods was the first property that the Lake County Forest Preserves purchased with the intent of protecting this greenway. In the late 1970s, the vision for a trail along the greenway began to crystallize. Over the next three decades the Des Plaines River Trail grew, section by section. This year, join us as we explore and celebrate the trail and greenway, mile by mile.

The beginning of the trail is wide and open, full of air and light, and the sun glints off the iridescent backs of tree swallows, as they swoop across the fields nabbing insects. 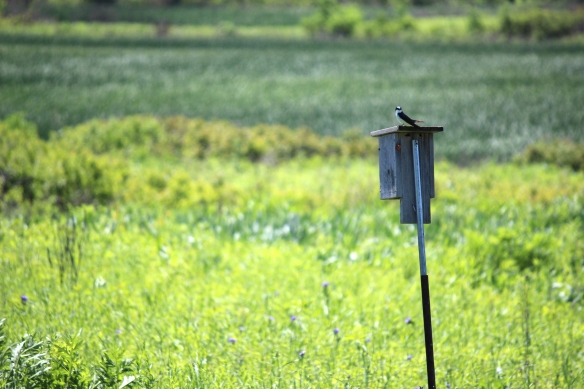 In the fork of a tree we discovered a gray squirrel that looked to be barely breathing. We stopped to speculate how it got there. Did it crawl up, seeking refuge after being injured and dropped by a marauding hawk?

Perhaps it will be a good find for the scavenging turkey vultures we saw hanging out in a snag as we approached the next section of the trail. This segment took us past Sterling Lake at Van Patten Woods and on through a series of wetlands.

The wetlands that surround the meandering Des Plaines River in northern Lake County are host to a variety of other critters, such as this green heron hidden among the swishing willow branches. Can you find him? 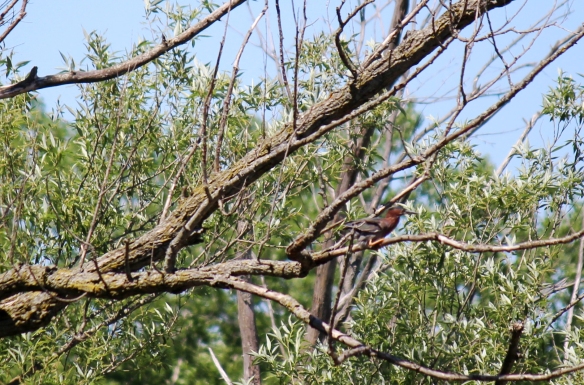 Perhaps he had just finished this crayfish snack that we found along the edge of the trail next to its home (known as a “turret”).

Right before we crossed Route 173, we encountered a picture-perfect study in false vs.”true” Solomon’s seal. Hover over each picture below to find out how to tell them apart. 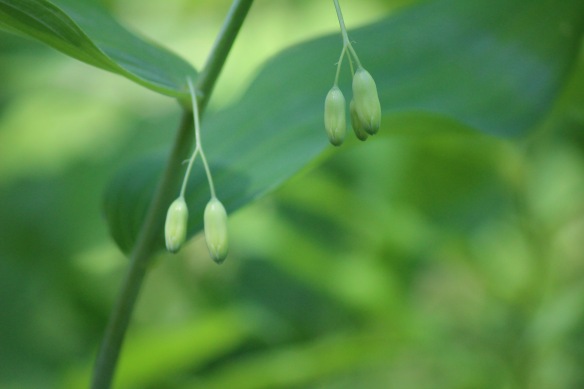 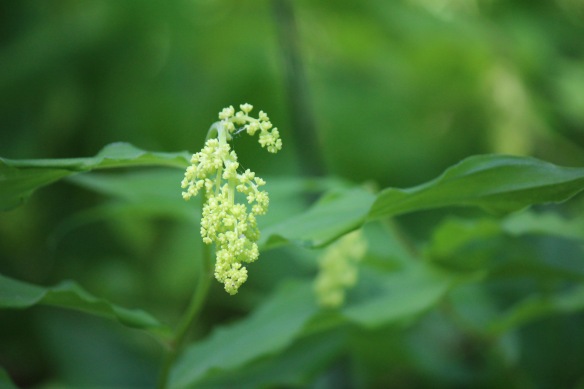 Heading southbound near “Mile 2” of the trail, we entered Wadsworth Savanna Forest Preserve—characterized by huge, majestic oaks and the sweet lilt and blazing orange flash of Baltimore orioles.

We found evidence of an oriole’s nest from last year, a bit battered by wind and time, on the ground along the trail’s edge. This woven tapestry of grasses, grapevine bark and even horsehair typically hangs from a tree branch like a cozy sock. We left it where we found it for this year’s female oriole, the sole architect, who often recycles bits from old nests when creating the new ones. 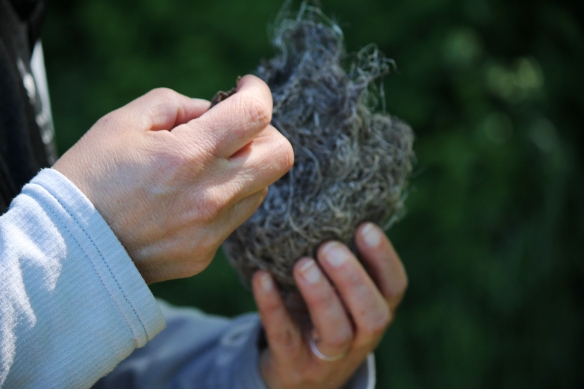 We hike on, the river meandering in and out of sight, spread out wide like a wetland. As we neared our end point for the day at Sedge Meadow Forest Preserve, a low, wet field of native wildflowers greeted us. The vibrant violet hues of spiderwort and pale pink shooting stars dotted the rolling landscape like confetti.

We stopped and watched as a fat queen bumblebee, seemingly weighed down by overfilled pollen baskets, lumbered from shooting star to shooting star. Though this wildflower offers no nectar reward for the bee’s effort, the flower does provide pollen. The bee vibrated its thorax rapidly to shake the dusty pollen loose, which also benefits the flower by what is called “buzz pollination.”

And, like this hike, the spiderwort’s purple flowers only last a single day. Yet, like this trail there is more to come, as each plant has multiple buds ready to pop and will continue to bloom prolifically throughout the summer. Stay tuned for the next hike and the next bloom. 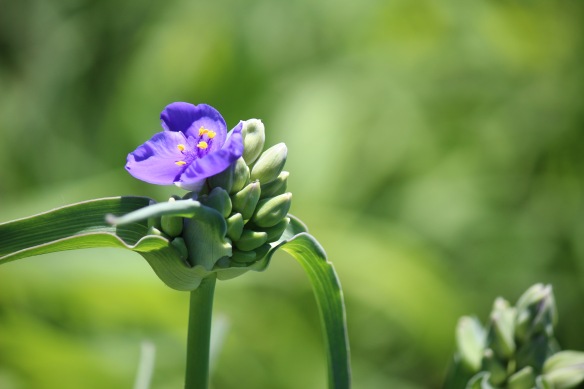 Notes from our hike: