With the warmth we’ve experienced this October, I have spent many mornings drinking my coffee outside, watching the early sunlight glint off strands of spider silk that have encased my tiny porch overnight. While I’m enchanted by this maze of webs, my next door neighbor is not. I’m quickly called next door to clear a web-free path as she rushes down the stairs and off to work. I feel a bit of guilt as it takes me seconds to paw through a huge orb web that I know took the spider hours to intricately create. 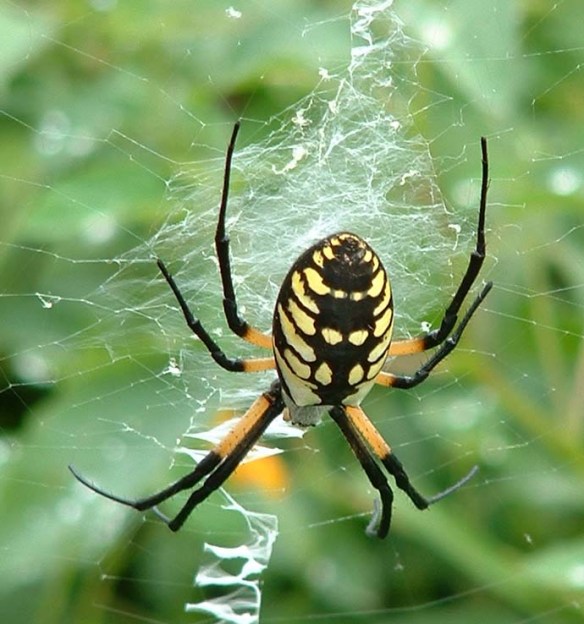 One of the most common and fascinating arachnid architects in Lake County, Illinois is Argiope aurantia, commonly called the black-and-yellow garden spider. Females of this large, brightly colored species create a classic orb web that can span up to two feet in diameter. The male is about one-third of the female’s size, and only occasionally does he spin a (much smaller) web adjacent to hers.

These webs play double-duty nutritionally: first as a way to catch flying insects—sometimes twice as big as the spider itself. Second, the female gets an extra dose of protein when she consumes the entire web at the end of each day, only to rebuild it that night.

Specialized glands in a spider’s abdomen produce silk used to create webs. Each gland creates a different type of silk. Dry silk composes the spokes of the web, while sticky silk creates the spiral that catches prey. Black-and-yellow garden spiders have three claws per foot (most spiders have only two claws per foot). Their third claw helps handle the various threads while weaving. Scientists have found that the catching silks of these webs have ultraviolet light-reflecting patterns that may trick insects into landing in them. Web building is not done haphazardly, but rather it is a methodical step by step process. Follow along below and see the process from start to finish. 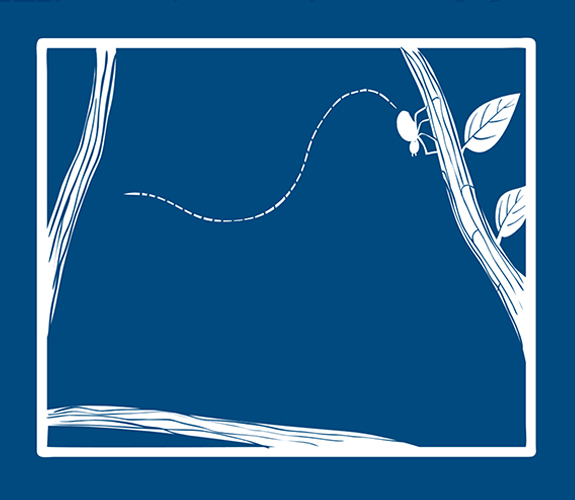 Step 1: The orb weaver spider grasps a stem and releases a thin strand of silk with “glue” at the end. The free end floats in the breeze until it sticks to something. 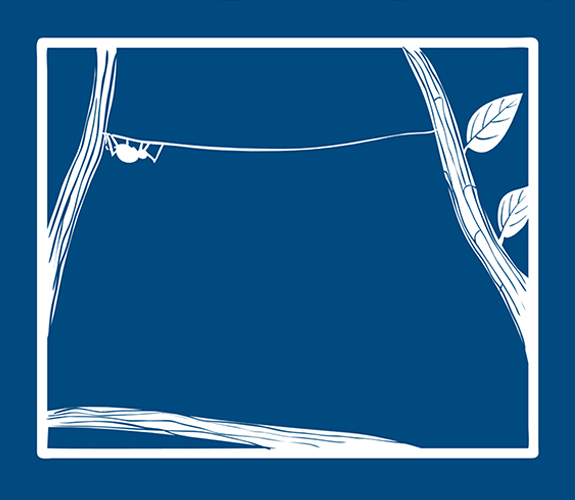 Step 2: The spider hurries across this first line, leaving behind a looser, heavier silk line. 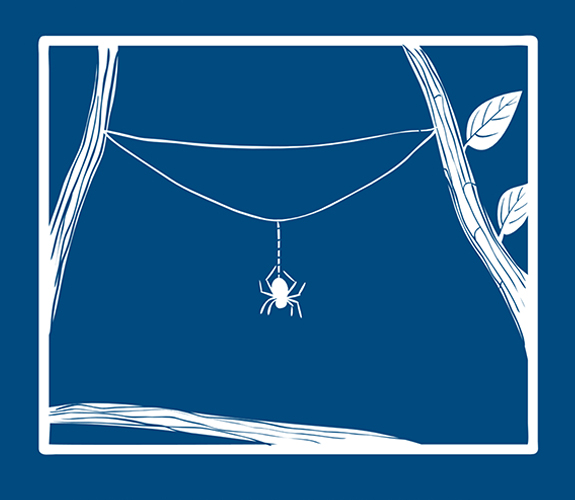 Step 3: Next, the spider walks along the second strand, stops halfway, and drops down to another support while releasing a third silk thread. 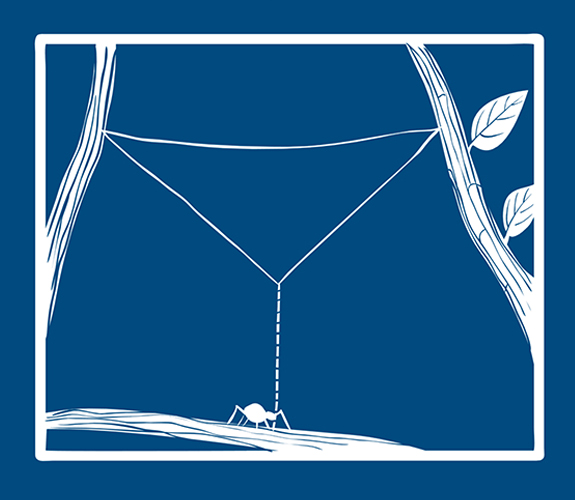 Step 4: The spider walks to the center hub of the web and continues to spin silk strands that radiate from this hub like spokes of a bicycle wheel. 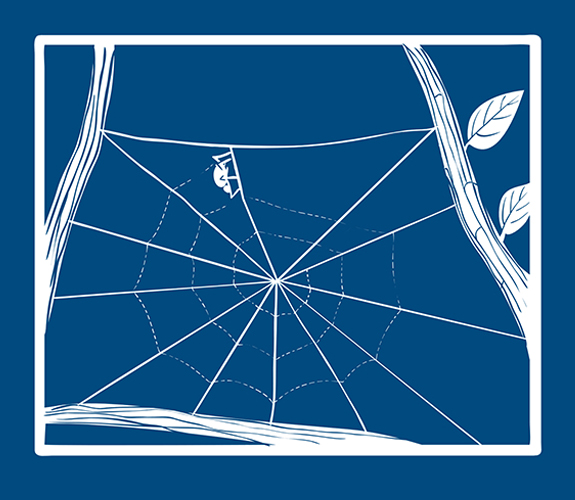 Step 5: A nearly invisible spiral is glued onto the spokes from the center out. 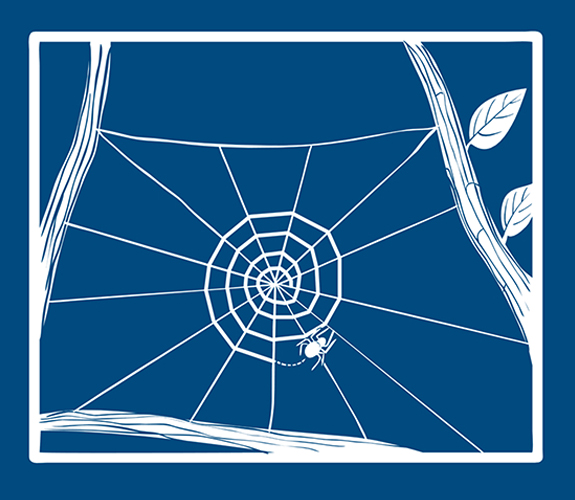 Step 6: The spider lays a tighter spiral of very sticky silk and eats the previously laid down nearly invisible blueprint spiral. This new sticky spiral will strengthen the web and catch prey.

A black-and-yellow garden spider then adds the finishing touch: a zig-zag stitching of silk in the web’s center web called a stablilimenta. The purpose of this web detail is subject to debate. Researchers have speculated that this decorative pattern may attract flying insects, adjust tension of the web, or may make the web visible to birds in hopes that they avoid flying through the web and destroying it.

As we get closer to Halloween, spider webs, both decorative and real, seem to show up around every corner. Autumn is a great time to get a close look at the different types of webs our local spiders are spinning. Celebrate these critters and the spooky season with the Lake County Forest Preserves at our upcoming Halloween festivities. 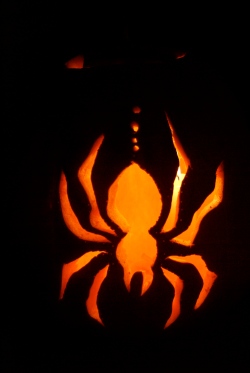 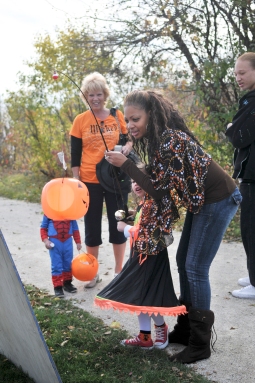