I had just finished my time as a Masters student at Southern Illinois University with the Cooperative Wildlife Research Lab, studying river otter (Lontra canadensis) ecology, when I took my first full-time position as a wildlife biologist with the Lake County Forest Preserve District in Illinois.

Having spent the last two years of my life entirely focused on river otters, I figured my time studying the species was at an end. Although my research team and I found them to be relatively abundant where we focused our research efforts in southern Illinois, I did not expect the same to be true farther north in Lake County. 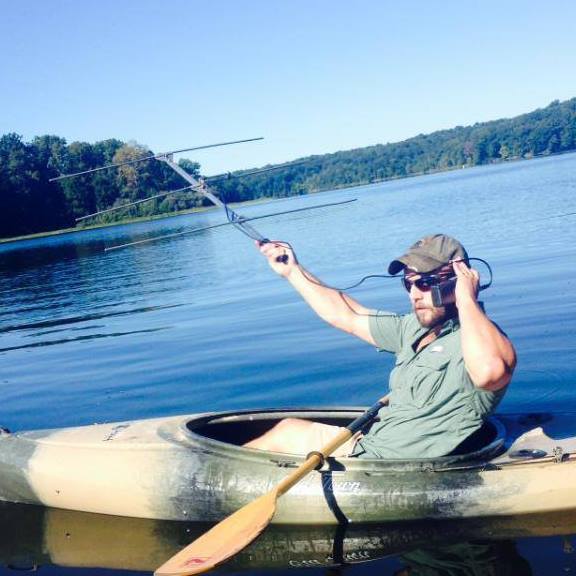 Anecdotally, it seems many species have a difficult time dispersing into preserves throughout Lake County. Occasionally transient individuals may roam through from the north. However, species that are relatively abundant throughout Illinois do not seem to penetrate the urban landscape of Lake County.

Bordered by Lake Michigan to the east and Chicago to the south, we do see the occasional wild turkey (Meleagris gallopavo), bobcat (Lynx rufus), or badger (Taxidea taxus), but these species are nowhere near as abundant as they are in less populated parts of the state.

The distribution of river otters in Lake County likely fits this description as well. However, river otters have recently been captured and radio-tagged for telemetry tracking in Cook County by Ohio State University researchers and biologists from the Forest Preserve District of Cook County. River otters seem to be adapting to the urban landscapes of Chicago, which is quite an impressive recovery for a species classified as endangered in Illinois as recently as 1989.

By the 1900s, unregulated trapping, water pollution, and habitat degradation had spelled the end for a species that was once well-established throughout the U.S. and Canada.2,3 However, the environmental movement of the 1970s led to increased concern for many threatened and endangered species, as well as their habitats. River otters were not exempt from this. Multiple state wildlife management agencies developed their own strategies to restore and enhance river otter populations.4

By 1990, 17 U.S. states and one Canadian province had reported river otter reintroduction efforts.5 Illinois soon followed suit. The Illinois Department of Natural Resources (IDNR) enacted a recovery plan for the species, involving the release of 346 river otters to various watersheds throughout central Illinois between 1994 and 1997.6

Reproduction in the wild was documented in the years immediately following IDNR reintroduction efforts. Research conducted in the early 2000s indicated that river otter populations in Illinois were expanding rapidly and in excellent condition.7,6 As a result, the species was down-listed from endangered to nongame status in 2004. Indeed, the species has become abundant enough throughout much of the state that IDNR implemented the first regulated harvest in 2012.

In an effort to document the richness and diversity of species present in the Lake County Forest Preserves, biologists began a formal wildlife monitoring program. Since the late 2000s our biologists—with the help of trained wildlife technicians—have monitored the presence and abundance of reptiles, amphibians, birds, and mammals. Data collection methods target each animal group to inform natural resource management decisions. 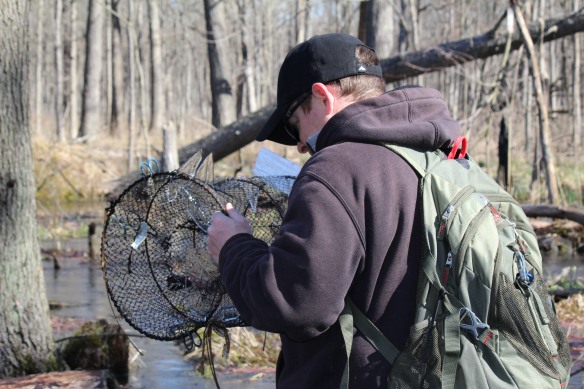 The small mammal and mesocarnivore facets of this program became my responsibility when I accepted the wildlife biologist position. I noticed that semi-aquatic mammals—such as beavers (Castor canadensis), muskrats (Ondatra zibethicus), mink (Neovison vison), and river otters—were not represented by the current monitoring methods. In response, I expanded the monitoring program to include sign surveys to document the presence and absence of these species in the forest preserves.

So, I spent several weeks trudging along the banks of the Des Plaines and Fox rivers, and several of their tributaries, during the coldest months of the year. I documented the presence of three out of four semi-aquatic mammal species quickly, but signs of river otter remained elusive. However, it is important to note that river otters are not particularly easy to detect even where they are present in an area.

Functioning as apex predators in aquatic systems, river otters feed primarily on fish and crayfish, but will also consume amphibians, mammals, and birds on occasion.8,9,10 In foraging for these resources, river otters cover a wide area of land and water, and have yearly home ranges that can include anywhere from 12 to 50 miles of shoreline.11 Unlike beavers and muskrats that typically leave apparent feeding signs, dens, or scat wherever they are present, river otters may only leave the occasional track or deposit droppings at a communal latrine along a water course. It takes time to be able to identify their sign and where it occurs (Figures 1 & 2).

Fortunately, river otters have one unique behavior that allows researchers to document their presence on the landscape. Otters occasionally deposit a sort of “calling card” wherever they are present known as a “latrine.” At these latrines river otters deposit feces, urine, and anal sack secretions in a communal location.11,12 Although the exact function of these latrines is not entirely understood, researchers agree that they are likely tied to the highly social nature of river otters, and are likely used to communicate.12 In any case, when you can locate one of these latrine sites you can be pretty sure there are multiple river otters utilizing whatever body of water you found it near.

Figure 1. River otter feces at a communal “latrine” site. River otter scat is usually made up almost entirely of the undigested parts of the fish and crayfish that make up the majority of their diet. 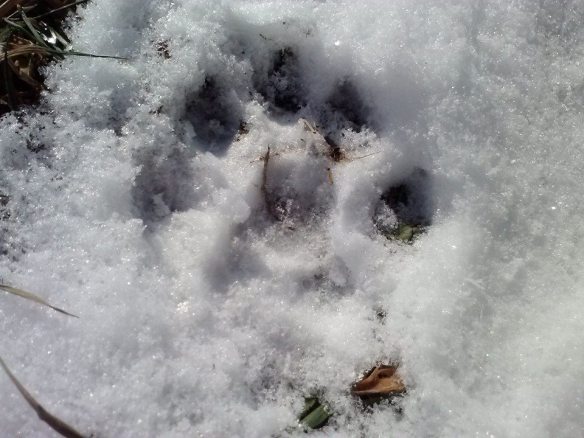 Finally, after weeks of searching, we located a latrine site in a forest preserve along the Fox River and confirmed the presence of river otters in late March 2017. In an effort to get photo confirmation, I monitored a trail camera set up near the latrine in hopes of capturing a picture of the next river otter that passed by to investigate the site. It took two more months to detect another river otter visit at the site, but things did eventually pan out (Figure 3). I will continue to monitor semi-aquatic mammals throughout the Lake County Forest Preserve District in the coming years.

River otters are likely to become more plentiful in Lake County, as individuals disperse from other areas of Illinois and Wisconsin. It is important to recognize that even when they are relatively abundant in an area, they are very secretive animals and are rarely seen by people. Keep your eyes open for tracks and latrine sites in and around lakes, wetlands, streams, and rivers in Lake County and consider yourself lucky if you get a glimpse of a passing river otter. 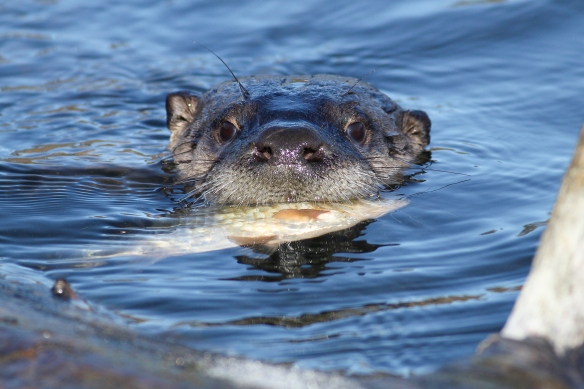 6 thoughts on “In search of river otters”